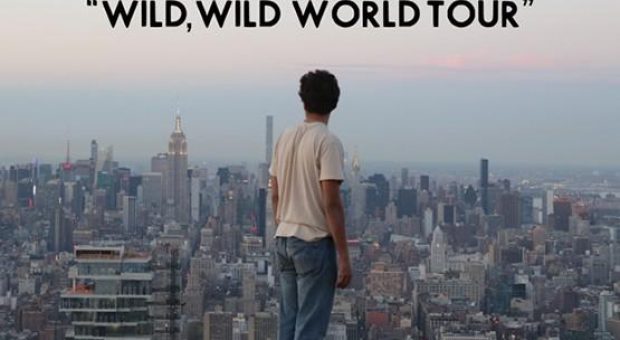 Bastille, who just released a new album, is coming to Estonia in March 2017. The British indie pop band is on a world tour with its new album “Wild World” and will be introducing it to the Estonian audience as well. The performers of the hit song “Pompeii” can been seen and listened at Saku Suurhall as early as on 6 March. The band Bastille, which became known for its hit songs “Pompeii”, “Of The Night”, “Good Grief”, and “Things We Lost In The Fire”, was founded six years ago by singer and songwriter Dan Smith. The 2013 studio album “Bad Blood” immediately ranked first in the British Billboard and stayed in the top twenty of the chart for two years. A year after the release of the album, the band was nominated for four Brit Awards, winning the title of the British Breakthrough Act. The song of Bastille that became a real hit was their fourth single “Pompeii”, which has over 360 million views on YouTube. Bastille’s latest album was released at the beginning of September 2016 and was called “Wild World”. The long-playing record with 19 singles has already won the hearts of the fans and critics.