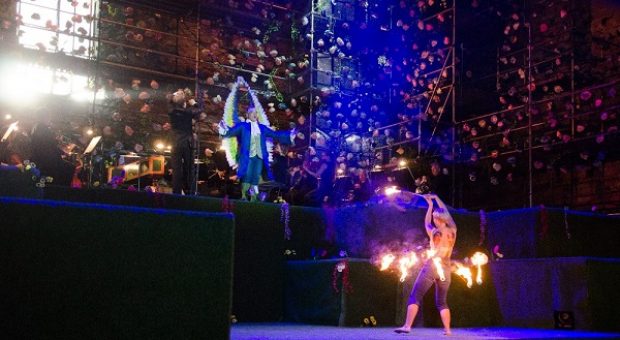 Tender August nights. Close to the sea. Classical music. Nice people. Stone walls of a medieval monastery. Torches burning a dim light. Artists from all over the world. Sounds like a wonderful dream. However, it is reality, and it is called the Birgitta Festival, first held in 2005. For a few August nights, the imposing ruins of the Pirita monastery are turned into a modern opera house where various genres of musical theatre are performed: classical opera, ballet, oratorios, contemporary dance and musical comedy – as guest performances as well as original productions. A roof protects audiences from the rain. Subtitles. À la carte restaurant. Everything has been taken care of.

It is quite logical, while staying in Tallinn, to plan one day for visiting Helsinki. A part the city centre we also suggest you to visit another great spot: Seurasaari.
Seurasaari is a popular museum island and recreational area located twenty minutes by bus from the city centre. The wooden buildings at the Open-Air Museum represent Finnish building traditions from the 18th to the 20th century. Built in 1685, the Karuna Church is one of the most popular venues in Helsinki for summer weddings. During the summer season various workshops and events are organised at the museum presenting traditional handicrafts, customs and folklore. Folk dancing performances are also held in summertime. Traditional Midsummer Eve celebrations and bonfires are held each year at Seurasaari. Fun family events are also held on the island during the Christmas, Epiphany and Easter holidays. The Restaurant Seurasaari serves visitors throughout the year. Across the bridge from the island on the mainland is the entrance to the Urho Kekkonen Museum Tamminiemi. Halfway along the bridge, a path leads to the Pukkisaari ancient village.