Homepage>Events>Night of Museums in the Baltic States

Night of Museums in the Baltic States 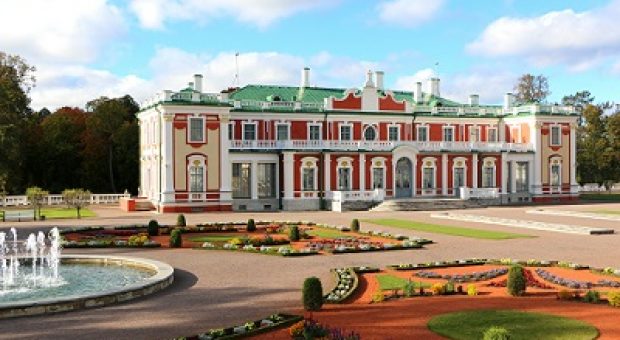 If you plan to visit the Baltic States around the 20th of May, do not miss the opportunity to enjoy the “Night of Museums” in Tallinn, Riga and Vilnius. Like every year and following the “night of Museums” across Europe, museums and other heritage sites open their doors to visitors free of charge.

Discover the Baltic States
Estonia, Latvia and Lithuania are a great attraction for many distant nations. These are EU countries that have yet to be discovered. It is curious that those coming to us are always surprised by the beauty of the cities that have remained largely intact across time, by many European links between our culture and history, as well as by unspoilt, sparsely populated landscapes. We can offer you tour routes through Estonia, Latvia and Lithuania for you to learn about historical, cultural and scenic diversity of these three countries.

Lithuania
Lithuania is an undiscovered geographical center of Europe uniting the East and the West in the fields of business, culture and politics. As one of the Baltic countries, Lithuania owns almost 800 years of statehood traditions and was the first to separate from the SovietUnion. With Latvia on the north, Belorussia on the east, and Poland with Russia on the south, Lithuania is a fairly small state as compared to others in the world, but is famous for preservation of notably old language with beautiful sound. It is the oldest remaining language of the Indo-European family having resemblance to ancient Latin, Greek and Sanskrit languages. The usual landscape of the largest Baltic state with around 3,390,000 of residents – calm planes, forests and abundance of lakes. The Old Town of the capital Vilnius is one of the largest in Eastern and Central Europe (360 ha), with surprising contrasts of changing times, abundance of churches and magnificent Baroque architecture. A city with 542,000 of residents,cultural events, entertainment and stylish places for young people as well as senior visitors. Economical stability, the largest dunes in Europe, a unique Hill of Crosses, membership in NATO and EU – this is Lithuania waiting for 2009 when the state will celebrate the millennium of its name.

Latvia
From the geographical point of view, Latvia is the middle state of Baltic region, comfortably residing between Lithuania and Estonia. On the north it has boundaries with Estonia, on the east and southwest it is a neighbour to Russia and Belarus, but the longest border of 576 km connects Latvia to Lithuania. Moreover, there are some more facts relating both Lithuania and Latvia. These countries are the only remaining Balts with languages belonging to the Baltic language family. With the longest seaside section (494 km) from all the Baltic States, Latvia as a state has 2 274 700 of residents. Capital Riga – the largest city in the Baltic countries with 724,000 of people, is wellknown for the feasts and magnificent buildings of Jugend style. Latvia as a traveling spree, offers magnificent views of planes, forests and abundance of lakes – namely about 3000 of lakes in such a small country. After long years of occupation, Latvia put an end to Soviet regime in 1990 and in 2004 entered European Union as well as NATO and a few years ago experienced one of the largest economic growths in the EU together with the neighbour states.

Estonia
Small, proud, properly organized and active innovator – these are epithets for Estonia, one of three Baltic States. Only 65 km from Helsinki, Estonia maintains close relationship with neighbouring Finland and Sweden on the west. This can be proven by Finish and Swedes flowing in and out the Tallinn’s streets on weekends. On the east, Estonian border joins Russia and is near St Petersburg, as well as Latvia on the south. Estonia as a country of thousand lakes, has 1 340 602 citizens. Estonia and other Baltic countries join each other by picturesque landscape of planes, forests (forests cover almost half the country); they are common by the separation from the Soviet Union in 1991, also joining to NATO and EU in 2004 as well as growing economy. Estonia is famous for more than 1500 islands (the largest of them – Saaremaa, Hiiumaa, Muhu and Vormsi), the Lake Peipsi is the fourth largest lake of fresh water in Europe and the fifth part of the country is covered by swamps and marches with peat level of 7 meters

Share "Night of Museums in the Baltic States" via: